Gold seems to have always played an important role for humans, may it be for its non-material or its monetary use value. Today we know that in the course of history, gold had been regarded as valuable for religious reasons long before the first coins were minted and even longer before the gold standard has been introduced in more recent times. According to historiography, gold was first extracted in the mines of the mythical queen Sheba. More definite is the extraction of stream gold by gold panning, a technique which in Germany is documented to have been used from the 12th century and is still a common technique today.

Due to the increasing world market prices for gold, gold mines are nowadays considered profitable even if they produce a very small yield, i.e. a few grams of gold/ton of mined material. In South Africa, as little as 20g gold per ton are extracted, while the mine working have long-term effects on the landscape and the stripping procedure using cyanide caustic solution described below is extremely harmful to the environment, but nevertheless quite common. Because of the huge demand, new mining areas continue to be opened, causing environmental destruction in ever more remote areas. One of these mining areas is a deposit in the Chilean Alps near the cities of Pascua and Lama, approximately 660 kilometres north of Santiago de Chile, which is expected to yield an estimated 550 tons of gold. In the view of the ever increasing costs in relation to gold mining, it doesn't come as a surprise that the dream of alchemical gold production had been pursued already from an early period.

While gold today is a noble metal which has an industrial use as a conductor, surely its main use still lies in its value, i.e. the stabilization of economic systems. This was the purpose of the gold standard which however is no longer in use. Nevertheless, gold is still regarded as an instrument to maintain value, as it has an actual, allocated value, contrary to bank notes which represent a far higher value than the paper they are printed on. For this reason as well as for individual preferences and taste, gold jewellery and decorative items with galvanic gold coatings are popular and stand for real material value. 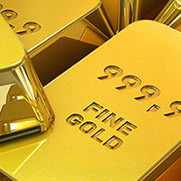 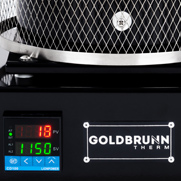